Fighting Addiction in the Workplace

We have several classes and resources available to help professionals combat addiction in their workplaces.  Check out the details about what we have to offer. Do you know a young person who has experienced or might be currently experience a mental health crisis?  You can help them!  Youth Mental Health First Aid Training is meant for those who work with youth who might be going through mental health issues.  Free to attend but registration is required. Trauma’s impact is deep and life-shaping- Trauma can be fundamentally life-altering, especially for those individuals who have faced repeated and prolonged abuse and especially when the violence is perpetrated by those who were supposed to be caretakers. Physical, sexual, and emotional violence become a central reality around which profound neurobiological and psychosocial adaptations occur. Survivors may come to see themselves as fundamentally flawed and to perceive the world as a pervasively dangerous place. Trauma may shape a person’s way of viewing and being in the world; it can deflate the spirit and trample the soul.​​​​​​​​​​​​​​​​​​ Trauma, especially interpersonal violence, is often self-perpetuating- Individuals who are victims of violence are at increased risk of becoming perpetrators themselves. The intergenerational transmission of violence is well documented. Community violence is often built around cycles of retaliation. Many of our institutions–criminal justice settings, certainly, but also schools and churches and hospitals–are too frequently places where violent trauma is perpetuated rather than eliminated.​​​​​​​​​​​​​​​

Trauma is insidious and differentially affects the more vulnerable- People who are poor, who are homeless, who have been diagnosed with severe mental health problems, who are addicted to drugs, or who have developmental disabilities–all of these groups are at increased risk of violent victimization.​​​​​​​​​​​​

Trauma affects how people approach services- Not surprisingly, those individuals with histories of abuse are often reluctant to engage in, or quickly drop out of, many human services. Being vigilant and suspicious are often important and thoroughly understandable self-protective mechanisms in coping with trauma exposure. But these same ways of coping make it more difficult for survivors to feel the safety and trust necessary to helpful relationships.​​​​​​​​​ The service system has often been re-traumatizing- Involuntary and physically coercive practices, as well as other activities that trigger trauma-related reactions, are still too common in our centers of help and care. The Search Institute released a framework of 40 Developmental Assets, which identifies a set of skills, experiences, relationships, and behaviors that enable young people to develop into successful and contributing adults.  Data collected from more than 4 million children and youth from all backgrounds and situations has consistently demonstrated that the more Developmental Assets young people have, the better their chances of succeeding in school and becoming happy, healthy and contributing members of their communities. Simply stated, the Assets promote positive behaviors and attitudes and protect or prevent youth from high risk-behaviors, (like alcohol/drug use violence sexual activity).

We provide trainings to parents, schools, and interested groups in the community. We are also proud to incorporate the 40 Developmental Asset framework into our youth programs! If you are a parent or care giver in one of our programs, you will receive weekly handouts to strengthen parent-child relationships!

CONTACT US TO SET UP THIS TRAINING FOR YOUR GROUP 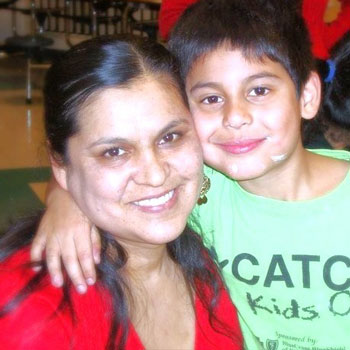 The first time I attended Tree of Hope, I was living at Hope Harbor two years ago. Representatives of CNCAA had visited while I was in treatment at St. Francis ADTC. What wonderful gifts and literature I have purchased from the store. I plan to utilize the tobacco free program in the future. Thank you for supporting my recovery! 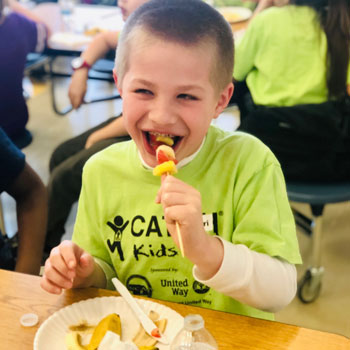 The program is a different approach to teach a child about important issues. These issues can be really hard to talk about.

I like getting together to see friends at Kids Power 2 that I don’t usually get to see. I am concerned for my friends. Kids Power 2 is fun and so is getting to go to Timberlake.

Kids Power really helped my children cope with a life changing effect of alcoholism. It gave them the tools and confidence to get through.

I always visited to get medallions, cards, or books. Staff was always friendly and helpful. The Council was very important to my daughter and that is what made me want to get involved. I had not realized all the kids programs offered, but that is the main reason I want to stay involved. Prevention is key. Thank you Connie and staff for all you do!

Jo G., Past CNCAA Board Member 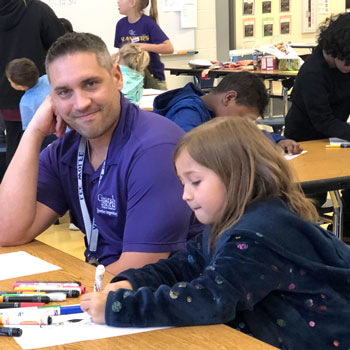 My child now has an increased knowledge and awareness, especially after reading and going over the homework and other paper brought home from the program. 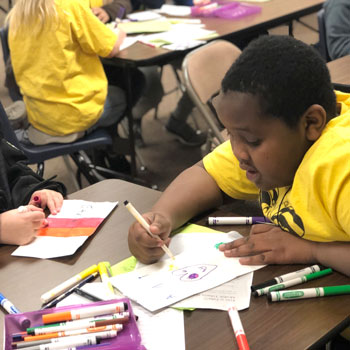 My son has a better judgement when selecting foods and choosing foods lower in fat. The whole family has learned a lot too!

Being a part of an organization that cares so much about the community is a place I want to be. Until we, as community members, come together as a force to educate those needing assistance, we struggle. CNCAA has mission to be that force.

Melissa A., Past CNCAA Board Member 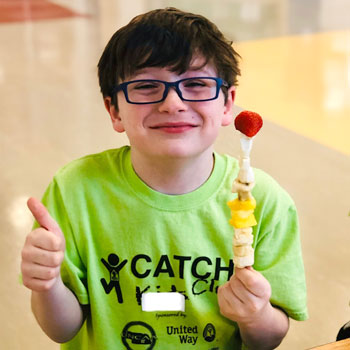 My son runs, walks, and jumps on the trampoline more often. We also go for walks to the park more often as a family. 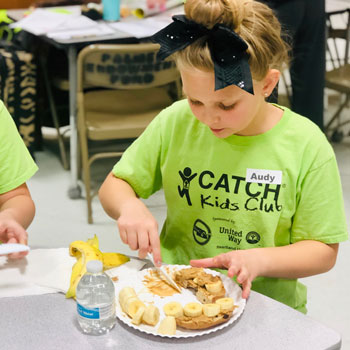 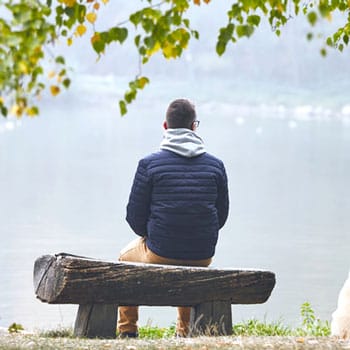 This organization has a staff of people genuinely committed to helping their community! Every time I’ve called or visited, the people there have been kind, knowledgeable, and had a sincere desire to help in any way they could. In my experience here I learned more than I ever expected, and left feeling much better than I did when I came. 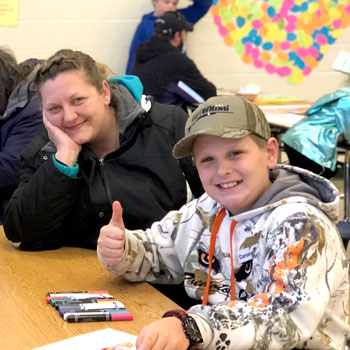 He’s more focused, well mannered, and he has better self-esteem. 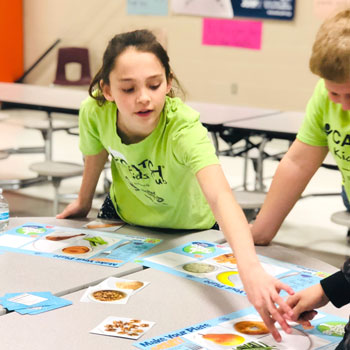 Since Discovery Kids, she has shown a lot more responsibility and is trying to be more of a leader. 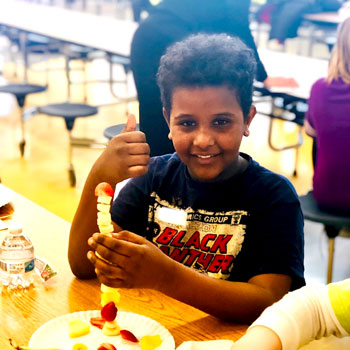 I liked the program. You shared an important message to our kids, such as how to prevent problems with alcohol and drugs. Thank you!

I feel passionate about spreading any type of help for families going through the devastation of addiction. More importantly, showing families that there is hope and solutions to live a beautiful, fun, and peace-filled life.

Mia W., Past CNCAA Board Member

CNCAA helped me in the very beginning of my recovery process with their wonderful lending library.

Jolene S., Past CNCAA Board Member 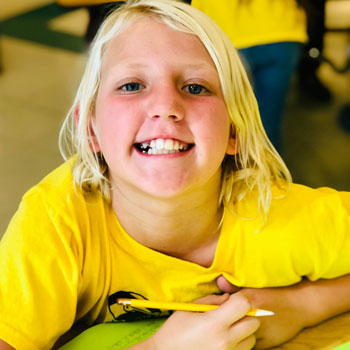 Kids Power 2 helps me to be drug free and helps me with my mom’s problem. 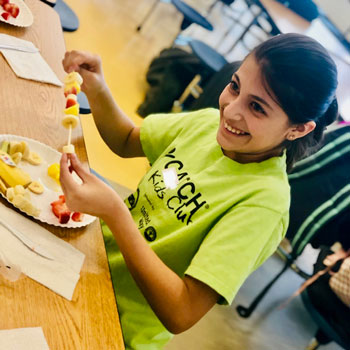 I think the program is wonderful and my child loves to go to CATCH Kids Club!

Photos in testimonials are random and do not necessarily portray the author of the statement.

Hope and help are just a moment away. Contact us today.